A highly anticipated event is about to take place: the SHEEN Magazine Awards.  The #backoutside movement is what we live for. On Thursday, September 8th, SHEEN Magazine Awards will be held at the Sheraton Hotel in Atlanta, GA, at 8 pm (eastern), and will be streamed on FOX Soul (TBA). A number of legendary entertainment names are being honored in this show, as in previous years. We will honor TV and film pioneer James DuBose, iconic comedy career-maker Bob Sumner (co-founder of Def Comedy Jam, Laff MOBB, etc.), visionary filmmaker Melvin Childs, the award-winning singer B2K, entrepreneur/author Omarion, and lifestyle influencer Aaliyah Jay in 2022.

Verified on Instagram and Facebook, SHEEN is “The Ultimate Beauty Guide” for the modern-day woman and a preeminent voice within the beauty industry. SHEEN strives to educate, motivate, and empower, reaffirming the importance of self-worth while encouraging its audience. Published bi-monthly, SHEEN Magazine has consistently proven to be a media influencer, providing up-to-date news on current trends in beauty, fashion, hair, and entertainment.

In 2021, we honored the 20-year career of legendary producer Zaytoven with the “Trailblazer Award.” There were performances by the amazing singer/songwriter Muni Long and R&B duo Ruff Endz. In addition, SHEEN Media Group debuted the SHEEN Soundstage Cypher winners from the 2020/2021 season who also performed. The winners from national polls for “Creative Artist of the Year” in Hair, Beauty, Influencer, and Photography were awarded too.

A portion of the proceeds benefits the Chapman Foundation, INC., whose mission is to provide educational opportunities to enhance lives and help solidify dreams through scholarship programs for deserving students. 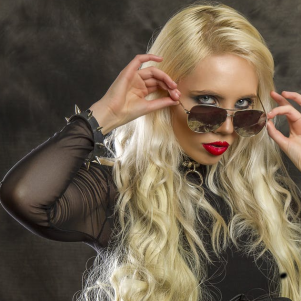